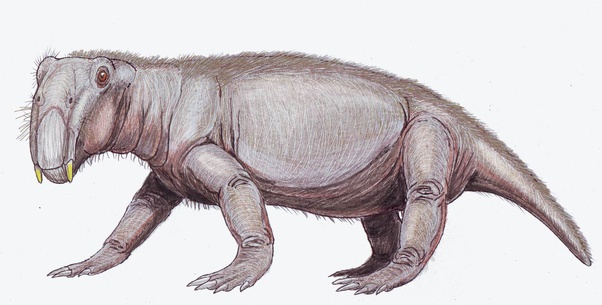 Animals from the genus Lystrosaurus, which is distantly related to mammals, achieved dominant status on Earth after the Permian-Triassic Extinction Event. In some fossil assemblies, bones of Lystrosaurus genus species comprise up to 95% of total individuals 252mln years ago.

Bacteria can be thought of as the most dominant life form on Earth if it comes to the number of individuals. Each human has about 100 trillion bacteria living on it and in it. Among bacteria the most dominant is marine bacterium Pelagibacter ubique that comprises around 25% of marine microbial plankton cells. 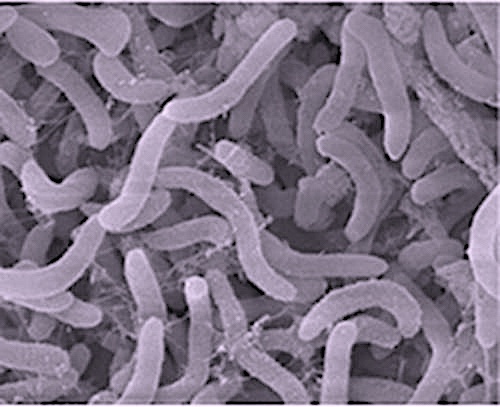 But that’s not all. Even more numerous is a virus that infects Pelagibacter ubique called bacteriophage HTVC010P. Only some scientists regard viruses as life forms though.

Than again if you measure what is the dominant life form on our planet by biomass now, then land plants are most dominant. They comprise 80% of biomass of all life on Earth. It is quite an achievement taking into account that land comprises only 21% of the surface of Earth. 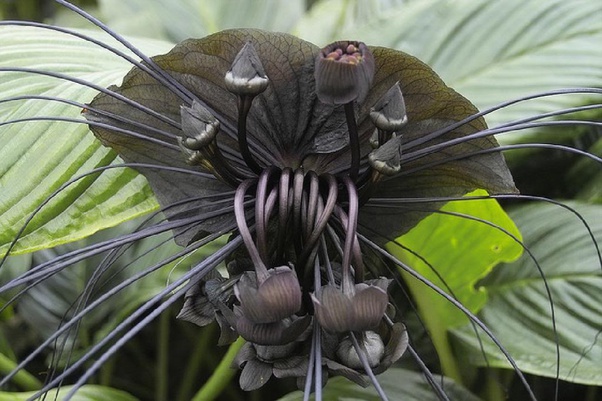 Image from SnapPlant of black bat flower plotting domination over all life forms on Earth.

Land plants are obviously a whole clade in the Kingdom Plantae, while humans are just a specie in the order: Primates in the kingdom: Animalia.

Not many people know that dinosaurs could be currently thought of as dominant if you compare clade: Theropoda of dinosaurs to clade: Synapsida, class: Mammalia, by the number of extant species. There are about 10 500 extant dinosaurs/bird species and only about 6 400 species of mammals. 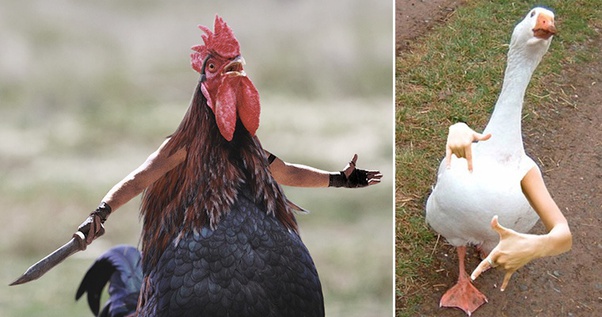 Image from Sad and Useless of members of clade Theropoda taunting other life forms for domination of Earth. 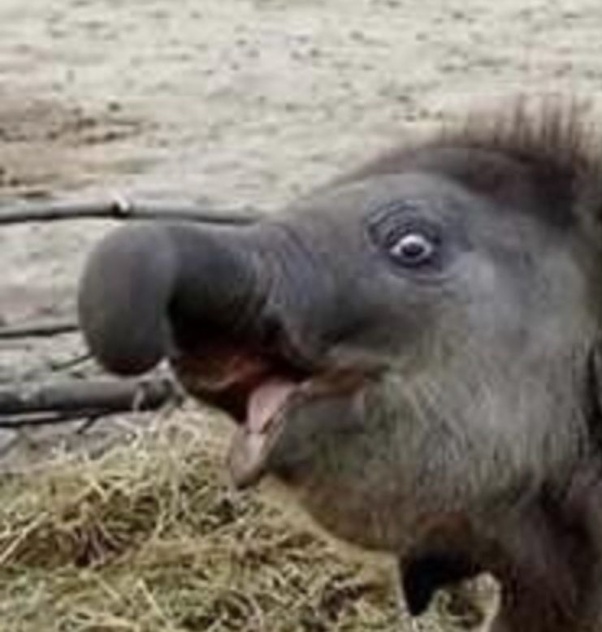 Image from Pinterest of a member of clade Synapsida when being chased by dominant members of clade Theropoda.

And among dinosaurs? The humble chicken might be the most dominant specie of dinosaur that has ever existed on our planet. It’s alive today, not in Mesozoic. There are currently 23.7 billion chickens alive on Earth. It’s unlikely that in Mesozoic there was a non-avian dinosaur specie that achieved such dominant status over other dinosaur species at any period of time. 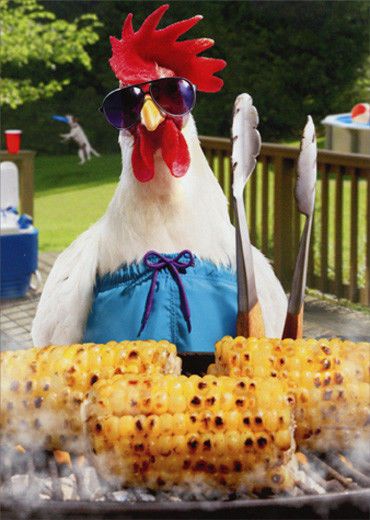 Image from Pinterest of Gallus gallus domesticus exhibiting its natural and typical for this specie, “like a boss” demeanour. 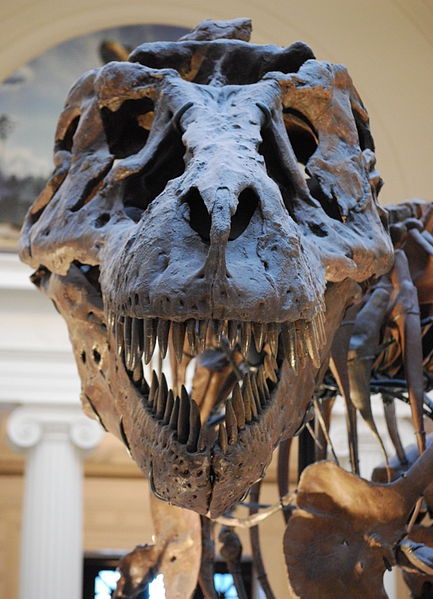 Image from Wikipedia of a specimen of a Tyrannosaurus Rex, called Sue vexed by and exhibiting obvious disdain, that she will have to bow to the humble chicken from now on. As you can see, she fossilised out of jealousy.

Humans are a dominant species like no other. We live in practically every part of the world that isn’t Antarctica, from the driest deserts to the chilliest tundras. We have transformed the planet at a pace that has never been done before by living things. We’ve transformed the land, destroyed habitats, driven countless species to extinction, polluted the atmosphere, and done so much more to change our planet.

It’s why many scholars are pushing to have our current era – dating back to at least the Industrial Revolution – named the Anthropocene, for the massive impacts that humans are having on this planet.

Before humans, there were locally dominant species. Mammoths roamed in massive herds across the vast expanses of Eurasia’s steppes. Smilodons prowled the grasslands of North America. But none of them had anywhere close to the impact on the environment as humans have. We drove them to extinction and claimed our place at the top of Earth’s biosphere.

The last organism to have had such a great impact was probably the cyanobacteria, who were the first photosynthesizers. They added vast amounts of oxygen to the Earth’s atmosphere and caused a devastating mass extinction, known as the Oxygen Catastrophe.

Taken From :
Tomasz Barczuk- Interested in evolution, languages, history and science.
Aryan Prasad – Student of Physics (and thus of everything in the universe)