Here are top 10 most innovative/coolest mobile computers. Note:  define mobile computers as anything that is portable or can fit in a luggage bag – and runs on a desktop OS. No iPads or mobile phones here. 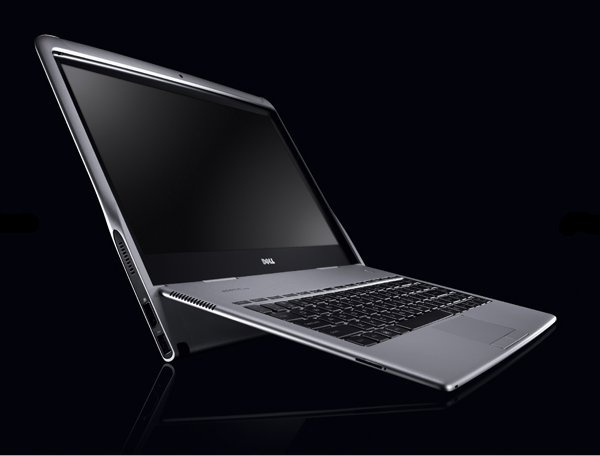 Dell came up with the thinnest laptop on the market in 2010 and one of the thinnest all time – only 10mm thin. They accomplished this by having the keyboard recess into the lid, the lid acting as a kind of ‘storage’ for the keyboard. And also a heat strip where the laptop opens with the swipe of a finger. pretty cool. 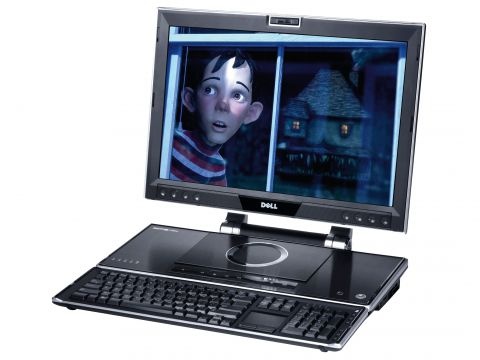 The father of the desktop replacement, this massive 20 incher weighed 20lbs! but folded into a briefcase so technically it was ‘portable’ and thus qualifies for this list. Still the fact that Dell thought up such a beastly machine over 13 years ago, is why it belongs on this list. 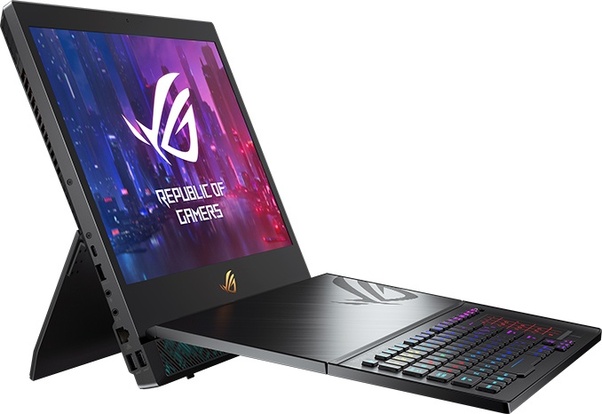 One of the coolest laptops unveiled at this year’s CES, the Asus ROG mothership is basically a battery powered all-in-one PC with high end specs. Core i9, 144hz display, RTX 2080, its all there – and the keyboard is detachable so that gamers can use their own keyboard/mouse without the built in one taking up space like in most gaming laptops. 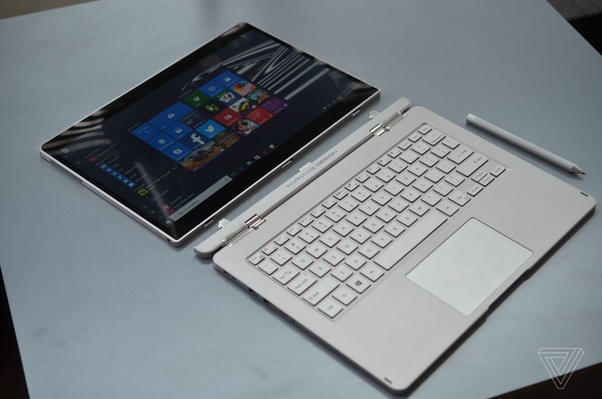 Yes its similar to the Microsoft SurfaceBook – but it has one key difference which is a 360 degree Yoga hinge. This means the Book One combines the Lenovo Yoga’s convertible form factor with the Surface Book’s detachable hinge. It’s the only computer with this design. 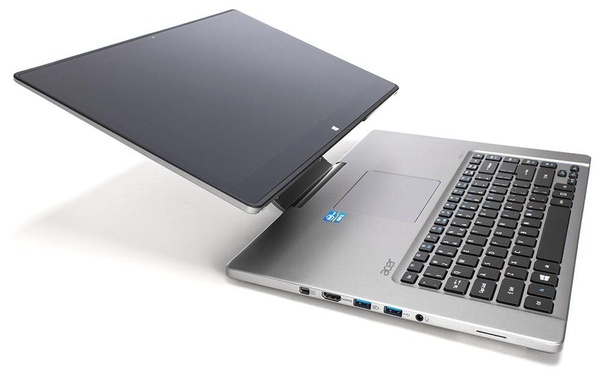 A laptop that looks like the Starship Enterprise – this laptop has a screen that can be lifted upwards and moved closer much like an easel – this is geared towards artists and creators, but the screen can also flip backwards as well – and the touchpad above the keyboard. Very unique. 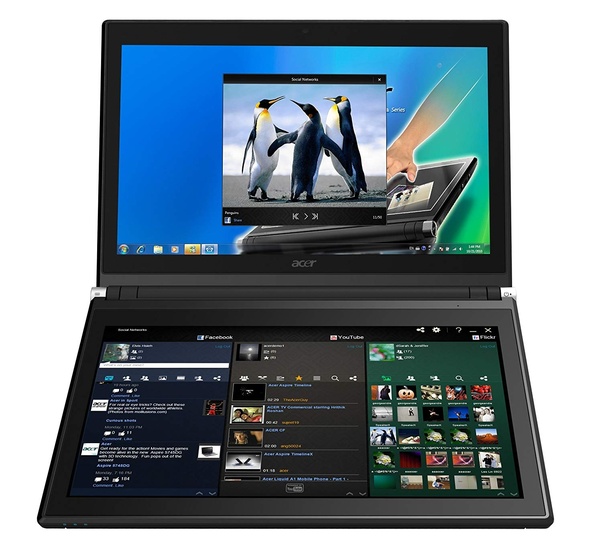 A dual touchscreen notebook where you can use pretty much anything on the bottom screen, including a custom keyboard. This predates the Lenovo ThinkPad X1 Fold by several years and is still an interesting design today. Speaking of the Lenovo ThinkPad X1 Fold, 10 years after the Iconia, Lenovo made a similar design except instead of having a hinge, they made a foldable OLED laptop instead! 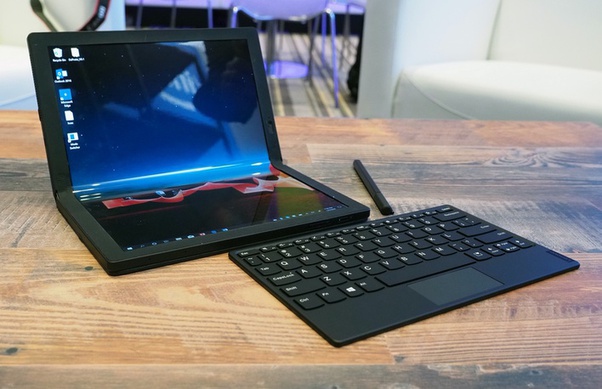 I put this in the same spot as the Iconia because I felt like I had to give credit to Acer’s Iconia 6120 and Toshiba’s Libretto W700 for being so ahead of their time with their dual touch screens – but this is definitely the cooler laptop out of all of them since it has a foldable OLED display – the world’s first on a laptop, which makes it extremely versatile for use as both a tablet and a mini-netbook type computer. 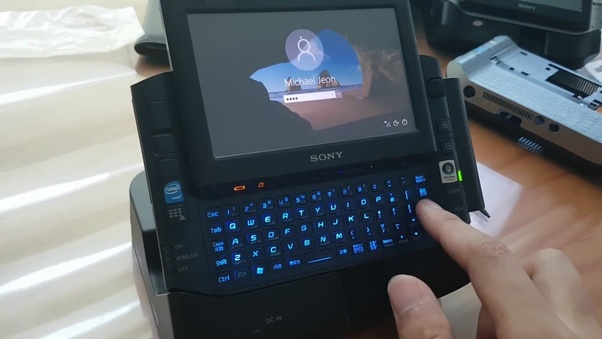 The ultimate UMPC, the Vaio UX is still a marvel of design and engineering. It ran Windows XP (can be upgraded all the way to Windows 10) and can fit in your pocket! It was the first computer to have an SSD and had a fingerprint scanner over a decade before it was commonplace on notebooks. Truly an amazing piece of tech. 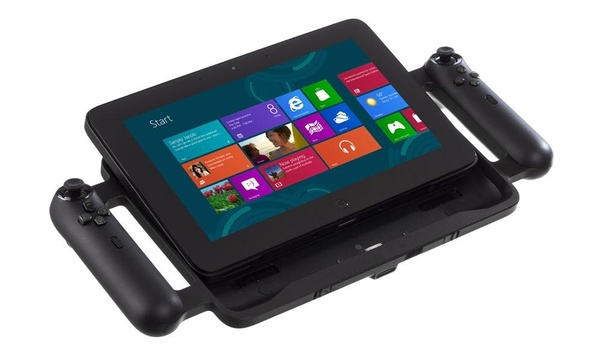 Razer Edge Pro was a gaming tablet that ran a Core i7 with a GTX 640LE and paired it with a console grade gaming controller. This idea was very unique and allowed users to play Windows games on the go in a form factor much smaller than gaming laptops – and way before the Nintendo Switch as well. I also have to mention the 2020 Alienware UFO concept here as well which *might* be the successor to the Edge Pro but only if they actually decide to put it into production. 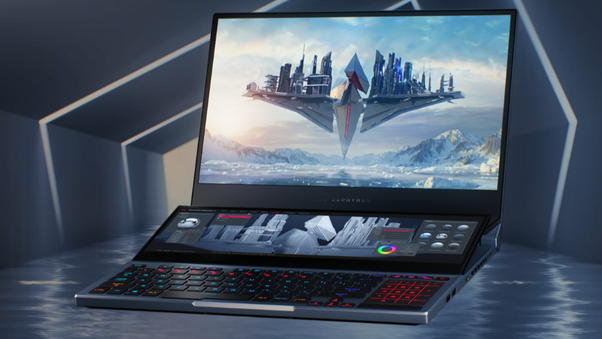 This iterates on the previous 2019 Asus Zenbook Pro Duo and makes it even cooler by making it for gamers and making the secondary display lift up so that it’s easier to view. dual 4K displays, one touch one non-touch, this is definitely one of the coolest and most innovative laptops I’ve ever seen. 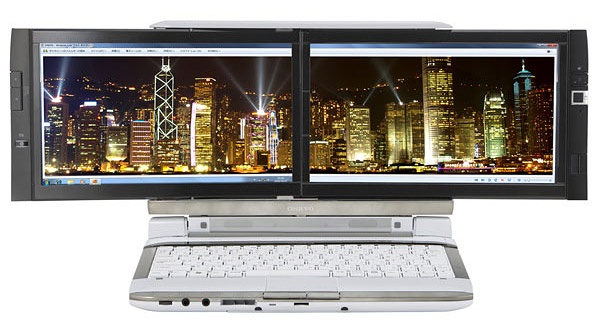 Technically this would belong to Razer’s Project Valerie if they ever made that laptop, but since they didn’t – this netbook gets it. It has a dual display – one display slides out from under the other – and its also a convertible display on top of that! I have no idea why this design idea was not adopted by other makers but out of all PC makers – Onkyo – an audio equipment maker was the one to come up with this. Surprising.

The latest supercomputers eventually be miniaturized