Labor Day has been celebrated in Indonesia since the colonial era and first orchestrated by The communist party of Dutch East Indies, ISDV. Later on, some of the nationalist elements took advantage of this event by holding a worker strike. They took the momentum to raise awareness towards the government about horrible worker conditions. The Dutch responded with arresting the key figures behind the worker strike. However, as the consequence of the Communist rebellion in 1926–1927, the labor day was forbidden. 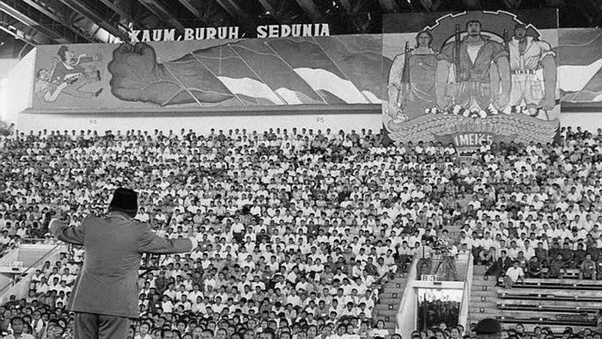 Soekarto speech on the Labor Days

Since Indonesia declared independence, the worker started to celebrate the labor day in 1946. Their voice was positively responded by the government in which resulting in the 1948 law about workers. The law elaborated about the prohibition of child labor, work 7 hours a week, and most important, the obligation for one day off during the labor day. 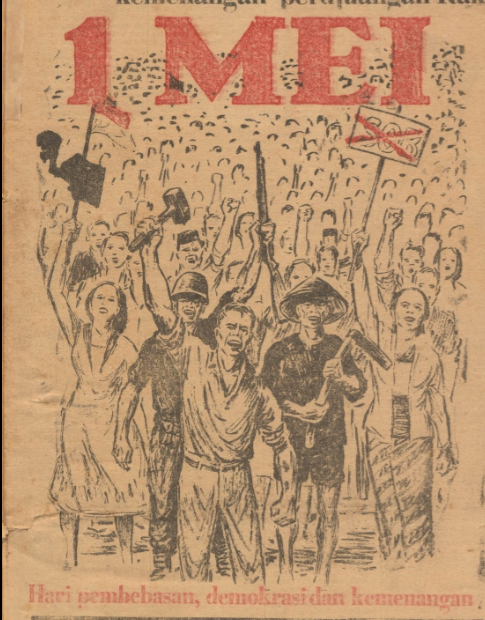 Illustration of the Labor Days

This celebration was held annually until Soeharto took control of the government. In 1967, the government banned the labor days as they deemed as “communist tradition.” Six years later, the government set the labor days on 20 February, referring to the establishment of a Labor union, Serikat Pekerja Seluruh Indonesia (SPSI). Any forms of worker strikes were banned, and if the workers dare to do worker strikes, the government would respond it with coercion. It was proven during the 1993 labor strike in Sidoarjo, which leads to the arrest and death of the mastermind, Marsinah. In 1995, Pusat Perjuangan Buruh Indonesia (PPBI), launched an action during mayday in Jakarta and Semarang. Immediately, the police dispersed the crowd with violence, and thus arrested 21 persons. 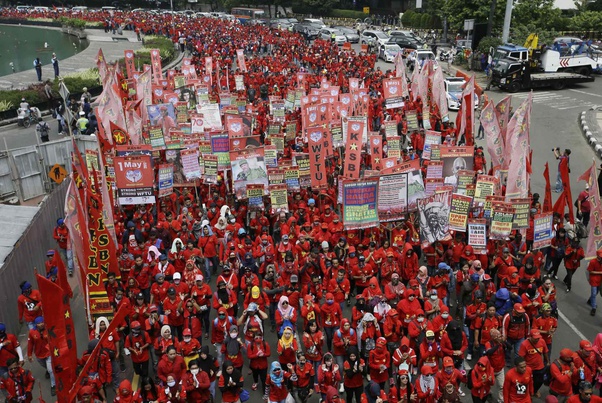 With the downfall of the Soeharto regime, the worker union started to hold this event annually. Nevertheless, it caused traffic congestion, especially in the big cities and business activity faltered. Hence, during the Susilo Bambang Yudhoyono presidency, the labor day was set as a national day. Since 2014, Labor days is a public holiday. This decision gives an advantage for either labor nor the ordinary person as labor can raise their voice, whereas the ordinary persons have one days off to do recreation.