Religion is a private matter in China. The Hui ethnic group, but no one knew they were Muslim before they said they would not eat pork.

The original Chinese culture is too harsh, so foreign religions will “flourish” to some extent when they enter China. But this doesn’t matter, as long as Chinese Muslims like it, it doesn’t matter.

Islam is the official religion in China. As long as someone believes in it, it will always be there. Because forcing others to believe in religion in China is illegal, Islam can only attract voluntary belief in it and some conservative Muslim families.

In China, teenage drinking is not restricted. Due to the table wine culture in China, many teenagers are encouraged to drink by their parents during childhood (of course, this bad experience can indirectly lead to their negative feelings towards alcohol).

But what is strange is that China’s youth have almost no problem with alcoholism, even disliking drinking in middle age (Long Live Coca-Cola). This leads to open things that are not attractive to young people. Therefore, since Muslim is not a very clear and specific label in China, I don’t think people need fanatical religious identification for that.

The Advent of Islam in China

Islam was introduced into China as early as 615 AD, when a group of four companions (sahaba) of the prophet Muhammad visited China to trade and to preach the new faith.

Later, in AD 651, an envoy led by Saad ibn Abi Waqaas, the maternal uncle of the prophet Muhammad was sent officially on a mission to China by Uthman, the third caliph of Islam. The then ruler of China, the Tang Emperor Gaozong received them nicely.

The emperor ordered the construction of the Memorial Mosque in Canton (Huaisheng Mosque) in commemoration of prophet Muhammad. This was the first mosque to be constructed in China and is one of the oldest in the world. Thus less than 20 years after the death of the prophet, Islam was officially introduced and started to become established as a new religion and culture in China.

The History of Islam in China

In 1910, it was estimated that Muslims made up about 1 or 2 percent of the population of China (about 7 million people). During the Communist era, intense anti-religious education and persecution caused a deflation in all faiths throughout China including in the Islamic communities. In modern China however, Islam and many other world religions have seen a resurgence.

Islam is considered to be the newest world religion to come to China. The religion arrived in China after Buddhism and Christianity. Muslim traders began to arrive in China during the Tang Dynasty (618 – 907), and perhaps hundreds of thousands of Muslims were brought into the Yuan Empire (1271 – 1368) by the Mongols. Many Mongol leaders became converts and the religion spread quickly in Central Asia by Muslim conquest of the nomadic tribes and empires between Arabia and China.

A new development that is spreading the knowledge and the interest in Islam is Chinese travel to Islamic countries. The Hajj, or the Muslim pilgrimage to Mecca, is one of the pillars of Islam. In the past, especially after the Mongol Empire, land travel was often difficult or impossible due to wars and banditry. Likewise, during the Cultural Revolution, Chinese Muslims were not permitted to complete the Hajj. But after 1979, this restriction was dropped. It is said that in recent years 50,000 Chinese Muslims have completed the Hajj. This contact with the center of the Islamic religion has bolstered the many Muslim communities of modern China.

Nowadays, people in China are mainly Muslim by birth since few Chinese citizens report having converted to the religion. Regardless, Islam holds a prominent place in the faith lives of the Chinese people. It is the third largest world religion in the country after Buddhism and Christianity, with about 20 to 30 million practicing believers. 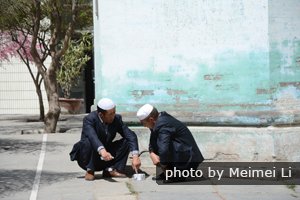 Muslim ethnic groups live mainly along the borders of modern China in Yunnan, Tibet, Xinjiang, Gansu, and Henan Province. Of the 55 or so Chinese minority groups, about ten are classified as Muslim. 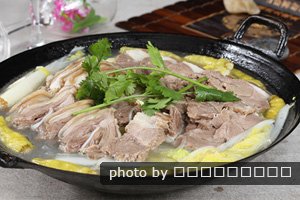 Many Chinese Muslims own restaurants that offer Halal options, due to the dietary restrictions of the religion. Since most Chinese dishes include pork and pork fat, it can be difficult for Muslims in China to find appropriate meals.

Muslim restaurants in China are known for making their own fresh noodles out of wheat flour, and for not including pork on their menus. Instead, you will often see lamb or beef offered. Breads and sweets, which are not traditionally Chinese food items, can also be found in Muslim eateries. 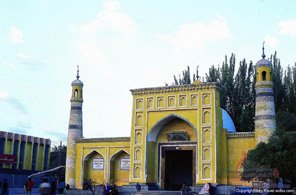 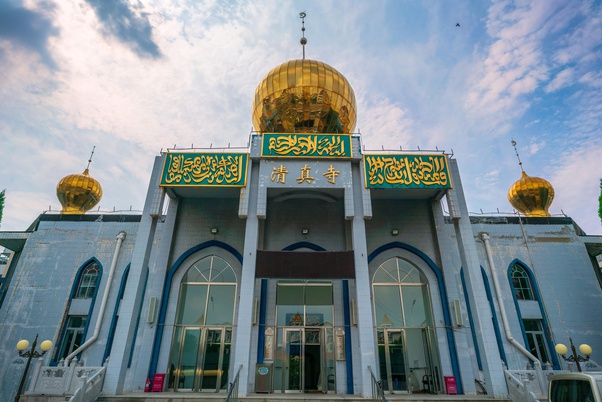 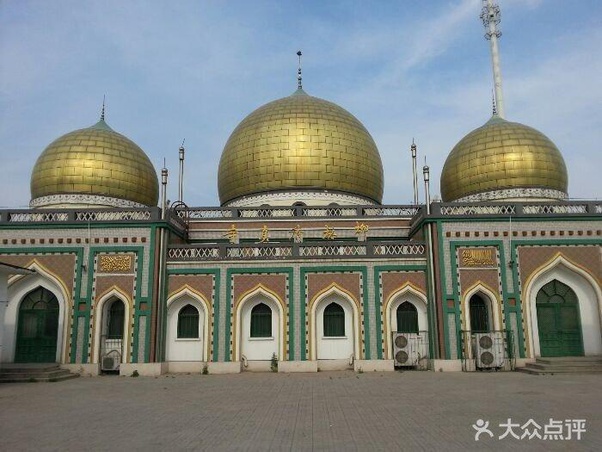 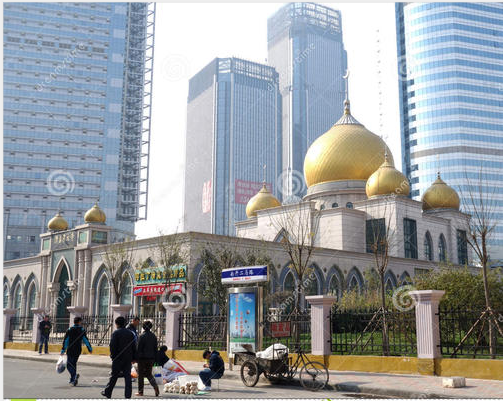 Given China’s long history with Islam, there are a variety of both ancient and modern mosques available to Chinese Muslims. However, many buildings are newer having been built after the Cultural Revolution. 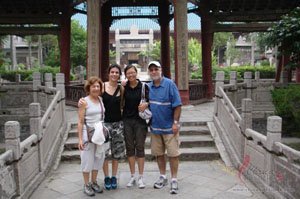 Join our Silk Road excursions to explore the history of China’s link to Islamic culture. Visit the city of Kashgar along the way to discover breathtaking sites and enduring history.

Or perhaps take a trip to Shanghai’s bustling Muslim Market to experience the tastes, sights, and sounds of what it means to be a Muslim in China. Whatever it is you are looking for, China is sure to delight travelers with an interest in history, religion, and adventure.

Movie logics that can be really dangerous for your life