They simply cannot catch up fast enough, and the reason for this is not just technology, instead it is legacy business costs. Large automakers cannot simply break contracts, debt obligations and stop paying health costs for their former employees, Legacy equipment and designs not yet produced are another factor. The fact that they have so much invested in making gas powered engines does not help them in producing E.V. automobiles. In fact, much of the technology needed to produce an E.V. is not even remotely tied to gas powered products. Hence any major shift to E.V. vehicles actually hurts these companies in terms of profitability in the short and medium term. In order to really be an E.V. company, entire divisions must dedicate themselves to being 100% electric powered.

A good case and point for this is that Tata Motor’s, Jaguar Brand, is not now considering becoming a completely electric powered brand. The fact is that Jaguar is a small volume producer of vehicles and making the switch is both cost effective and allows credits to be accumulated which may be used to help their larger brand Landrover. Much of Telsa’;s surprise profits began as sales of E.V. Credits but many experts have expected this windfall to end as larger manufacturers no longer need to buy these credits and instead will produce E.V. models of their own. 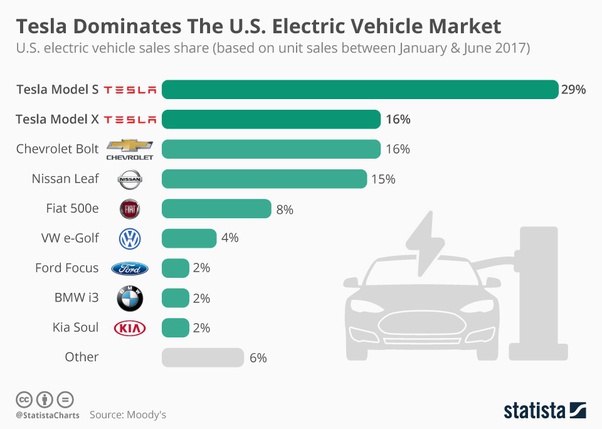 In a decade or so, and this is what will be required for traditional automakers to create a shared standard of charging for their E.V. Vehicles, so that truly large volumes can be sold. Once this is done it will have to be implemented across the world. It will have to be competitive with Tesla’s 15 minute quick charge time. When this is done and completed, Tesla will have already moved ahead by another two generations. Small companies like Jaguar may be able to create a viable alternative but it will not be volume based in the short run.

For the volume based electric vehicles, such as may come from companies like Honda, Toyota and Volkswagen, the fact will be more or less that they will remain at least a generation behind in performance and several generations behind in charging technology. This all does not mean they will not sell, as they will be in a price bracket that Tesla may not compete in. But, for those trying to take Tesla on directly, the luxury E.V. market will be challenging until it fully develops and technology begins to evolve at a slower pace. 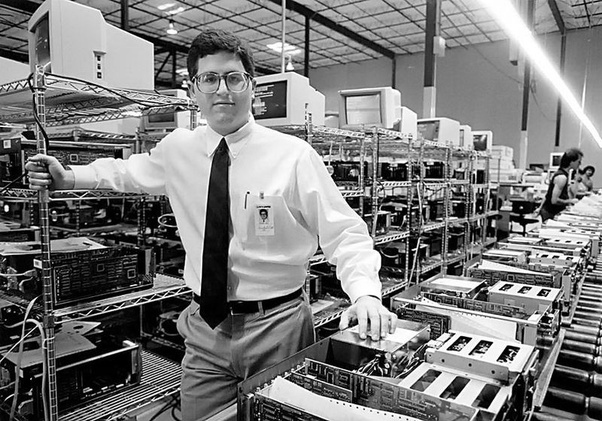 In the P.C. industry which in the 1980’s did in many ways resemble the E.V. market of today, form factors and standards did not really stabilize until the early 1990s. For the first decade there many entrants and most did not survive even though making Personal Computers was highly profitable. At the end, a company which had no legacy mainframe business and was just focused on assembling P.C.’s, and breaking the distribution norms of the time came out on top. This company was Dell, and though today it is hard to believe it was flying high when Apple nearly went Bankrupt in 1997, Micheal Dell would remark that he had no interest in buying out Apple at the time as he saw no reason to do so. Apple was able to come back, but it did so by creating new markets and largely because of the iPhone.

Tesla is a similar company to Dell in 1985, Tesla is changing the distribution model for both how cars are sold, and how they are powered both in aggregation of power and implicit power source. Tesla also is a company like Apple in 1998, for it controls its own operating system and this is the key to E.V. engineering and the transformation of the automobile to an intelligent device instead of a passive device. The combination of these factors really mean Tesla has a decade lead over any other car manufacturer. Competition will come, but it will need waves of evolution before it can claim parity with Tesla’s technological lead. By this time fortunes will have been made, and many of these will be in intrinsically related industries which we have not yet been ascertained fully.